How may I help your writing career?

I've got your back from idea to publication.

100s of tips on writing and editing.

This morning, I happened across an online group of writers who caught my attention with a particular conversation.

One person asked the group about an estimate from an editor.  He mentioned a dollar figure without details concerning the length of the book or the type of editing he sought.  Then he asked if that was a “fair price” to pay for editing.

One after another the others in the group chimed in to say it was much cheaper to do his own editing, or if he felt he must spend some money, they could give him contact info for someone who would edit his work for “much cheaper.”

I wanted to reach through my monitor and bang a couple of garbage pail lids together to get their attention.

It’s not what it costs for editing that matters as much as what your book and your reputation as a writer gains from professional help.

On top of that, the price quoted in the original question was nowhere near what I would expect to see (or would charge) for editing any book-length manuscript.  Meaning, it was low.  Not “Hoo-boy, I’ve got one of those writer suckers on my scam hotline, Martha” low, but definitely below the norm for a full-length manuscript. 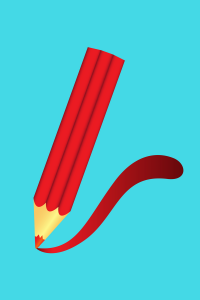 I think there’s some perception within a portion of the writing population that believes if someone can read a book in a day or two, an editor should be able to do her job in that amount of time.  They fail to take into account all the details the professional editor evaluates, researches, and corrects.  Those writers have no concept of the amount of time required to look at every sentence and every word several times over.

Or maybe they don’t believe in paying to have something done thoroughly.  “Why don’t you just look for typos?  Even if they notice, I’m sure my readers will forgive any mistakes I make.  And then you can charge me less.”

Sick at heart, I clicked away from that conversation.  The writer who asked about the editor’s quote will probably follow his compatriots’ advice to self-edit, or he’ll look for someone who quotes the lowest cost.

Once his book comes out he’ll wonder why readers are upset with glaring errors.  He may never relate his lack of success as an author to his decision to forego one of the most important parts of the writing process.

And I’d be saying this, even if I weren’t an editor.  Because I’m an avid reader.  And it matters.  Climbing down now.

If you’d like to work with me in 2017, I’m currently setting my editing schedule for August through October.  Email me at Suzanne@TransformationalEditor.com and let’s start a conversation about how I may help you take your writing from idea to signing party.

Want to Save Money With a Professional Edit?

Click on the email address below and I’ll send you an infographic with 8 Smart Moves to make the most of your editing budget.